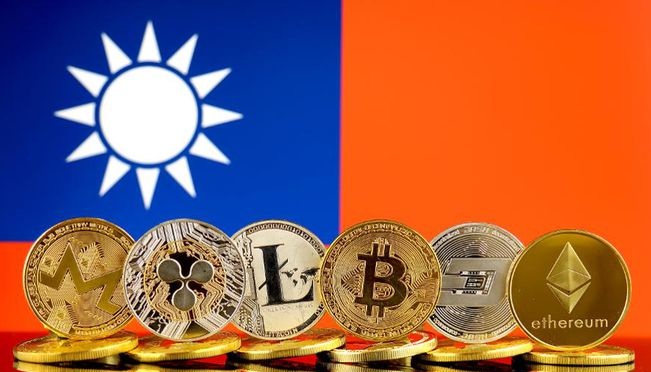 With an area of 13,826 square miles and a population of 23 million, Taiwan is one of the smallest countries in Asia. But despite its size, this tiny East Asian island is serious about innovation and is set to become the next crypto capital of the world.

The island has made major efforts to advance the adoption of cryptocurrency and blockchain technology. These advancements have made the Asian nation-state an attractive destination for tech start-ups focussing on Blockchain.

Taiwan’s journey to becoming the next crypto capital of the world is fuelled, in part, by the efforts of one parliamentary congressman by the name Jason Hsu. Nicknamed the ‘Crypto Congressman’ by Ethereum cofounder Vitalik Buterin, Jason Hsu is on a mission to integrate blockchain technology on a national scale and promote the use of the technology on applications beyond cryptocurrencies. The goal is to make Taiwan a haven for people and organizations working on different applications of blockchain technology.

So, who is Jason Hsu? How exactly does he hope to make the island ripe for blockchain development and integrate the tech in the public sector? Jason Hsu became an official legislator and a member of the parliament in 2016.

Before joining politics, Jason Hsu worked as an advisor to the prime minister focusing on developing information and technology-related policy. Since then, Hsu has been involved in the drafting of several legislations relating to virtual currency, autonomous vehicles, cybersecurity, and other technologies. Jason Hsu is very passionate about turning Taiwan to a blockchain island.

But how does the former Silicon Valley techpreneur plan to achieve that? By using his legislative powers to bridge the gap between technology and public policy and remove legal barriers to technology innovation in Taiwan.

Since becoming a legislator, Jason Hsu has done a great job at introducing legislation aimed at helping Taiwan become a blockchain island. In an interview with Jason Hsu, one of our writers asked the learned exactly how the Taiwanese ‘crypto congressman’ plans to turn his dream of a blockchain island to reality.

In December 2017, Jason Hsu facilitated the creation of Taiwan’s fintech regulatory sandbox. The sandbox allowed selected start-ups to launch new products and services with some immunity from existing regulation for up to one year.

The Financial Technology Experimentation and Innovation Act, popularly known as Regulatory Sandbox Bill, is a historical regulatory overhaul that will usher in a new era for the island’s fintech. Creating the sandbox was a response for the Chinese government decision to block websites offering Initial Coin Offerings (ICOs) for new cryptocurrencies in mainland China two months earlier.

Ready and willing to walk the talk, Jason Hsu approaches his goal of helping Taiwan become a blockchain island with an entrepreneurial mindset.

What About Taiwan That Makes It Ripe for Blockchain And Technology Development?

With the help of Congressman Jason Hsu, authorities in Taiwan are making huge strides toward turning the nation-state to a blockchain island. The ‘blockchain congressman’ has helped create a bipartisan alliance designed to help support the blockchain industry.

The parliamentary coalition is currently working on implementing a number of crypto and blockchain legislations that nurture and cultivate blockchain and fintech and attract more start-ups to the island.

Jason Hsu is a former Silicon Valley tech entrepreneur. He’s the leading effort in transforming Taiwan into a blockchain island. The East Asian island has passed — or is in the process of passing — legislation designed to attract blockchain start-ups. Jason Hsu believes that the island is in a unique position to implement and develop blockchain technology.

According to the congressman, Taiwan’s large pool of talent has the potential to pilot and pioneer projects that can build actual applications for the blockchain and build Taiwan as a blockchain island.