How To Develop A Blockchain Application in 2022? 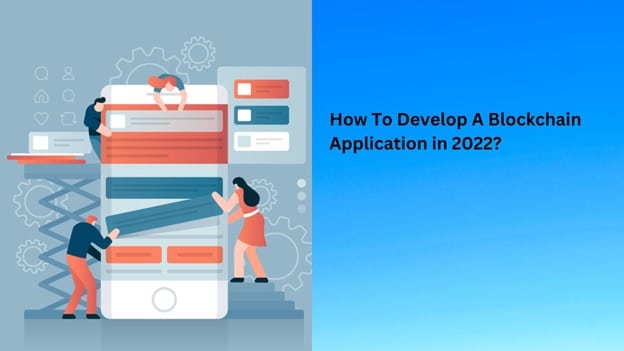 How To Develop A Blockchain Application in 2022?

Do you want to know how to develop a blockchain app or just feel curious to take advantage of this era-defining technology for your app’s success? Well, you have probably landed in the right place for guidance. Before hiring app developers with Blockchain expertise, it is important to have a comprehensive idea of the potential of this technology in the context of mobile app projects.

Blockchain apps are widely called decentralised apps, referring to the centralised database that Blockchain uses. In many ways, these apps set the trend for future apps for many functional use cases across all business niches. Here in this small post, we will explain the basics of Blockchain, how it works, and the key ways Blockchain-powered decentralised apps solve problems.

Based upon the type of network, Blockchain can be of two principal types: Permissionless Blockchain and Permissioned Blockchain. Understanding these two types of Blockchain and how they work is important for the developers of decentralised apps.

The permissionless blockchain refers to an open network of data blocks access to every network member across all devices. This type of Blockchain allows all users access to the code and allows them to validate transactions. The participants of the network can also make interactions with each other and still remain anonymous. This type of Blockchain has been used by popular cryptocurrencies like Bitcoin.

The permissioned blockchain, on the other hand, only allows access to selective authorised users. Accessing the data and interactions comes with preconceived rules, allowing transactions and interactions among the network members. In this network, different members can have different roles and controlled permissions. Generally, this type of Blockchain is used by organisations for their internal uses.

There are also use cases where these two principal types of Blockchain are used alongside variations. Thus we have such varieties as hybrid Blockchain and Consortium based Blockchain.

To build a successful Blockchain-based app, you need to have a strong command of the technology and how it works. You also need to have a unique app idea befitting the Blockchain technology use cases, and finally, with the right tech stack, you have to execute the project and deploy it. Let’s explain these stages one by one.

Like every app, your blockchain app is also likely to solve the user’s problem; hence, you need to find the problem around which your app idea should revolve. This problem statement and the Blockchain-based app solution should be unique and valuable for the end users.

You can also take from some trending Blockchain app ideas, such as building a cryptocurrency wallet or just a crypto exchange app. You can also go for building an app that helps people to store Non-Fungible Tokens (NFT) in a wallet. Or else, you can build a game app allowing NFT transactions and storing game objects. The possibilities for coming up with new Blockchain-powered apps are fast expanding, and you can always embark on something extraordinary and never before.

Now one of the hardest parts is choosing the right Blockchain platform for your app project. There are several credible and popular options, and you need to choose one based on your project requirements. Here below, we mention some leading Blockchain platforms.

Shaping the app and deploying it

When the programming is done and the code of the app is ready, all that the developers need to do is to deploy the same to the Blockchain network and make it accessible to the audience. When you work with an expert app developers company, dodging the regulations and adhering to the guidelines of the ios and Android become much easier.

Let’s not forget that the app development doesn’t end with the app’s release. In fact, after the release of the app in the market, you need to stay observant of the feedback and keep the app updated with value additions and required changes from time to time.

Here above, we have just provided a brief guideline for building a successful Blockchain app. Obviously, besides adhering to these principles, you need to work on the creative sides of the project, such as idea brainstorming and engaging UI/UX design.