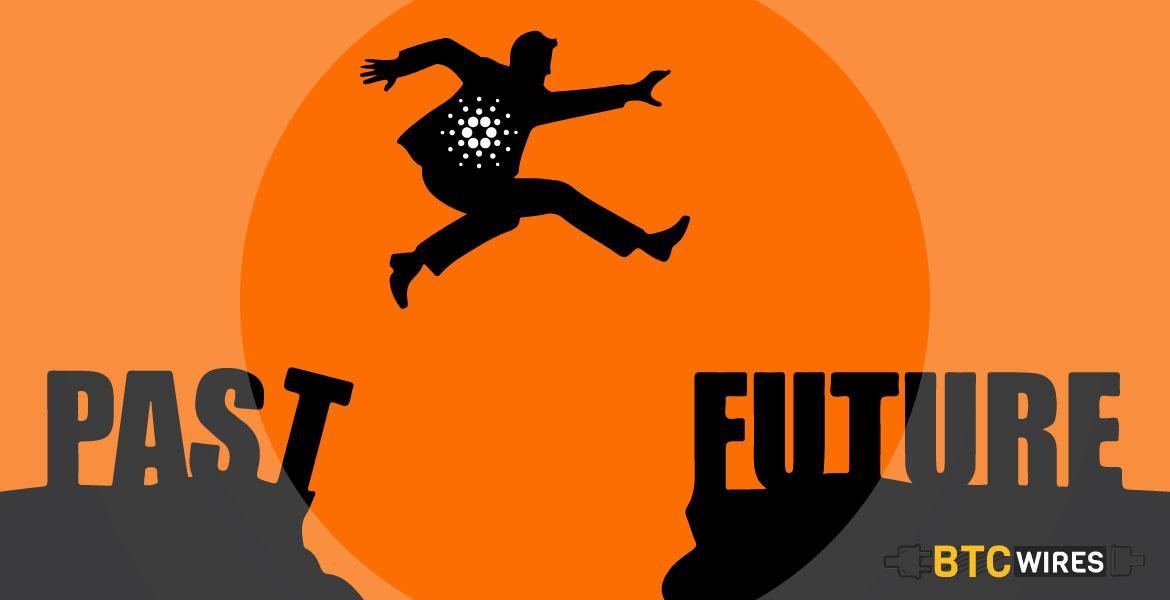 Cryptocurrency has certainly become a global phenomenon over the past few years. But still, there is a lot to learn about this evolving technology. There is an array of concerns as well as worries whirling around the technology and its potential in disrupting the traditional financial systems. Very recently, a professor at the Stanford Law School, named Joseph A. Grundfest, sat down to discuss the following.

As an expert on financial systems and the former commissioner of the Securities and Exchange, Professor Joseph A. Grundfest is in a unique position to shower his comments on the future of cryptocurrency.

An Idea About Cryptocurrency

For the ones who do not have a clear idea about cryptocurrency, they should know that it is a digital currency that is created as well as managed via the use of advanced encryption techniques referred to as cryptography. It is a virtual currency that is designed to work as a medium of exchange where the records of ownership are kept in a ledger that exists in the form of a computer database. The database to store records makes use of very strong cryptography for tightly securing records controlling the creation of additional coins, and appropriately verifying the ownership of coins.

Like paper money, cryptocurrency does not exist in physical form. Moreover, it is typically not issued by any central authority. When a cryptocurrency is created or minted before issuance or issued by a single issuer, it is generally considered centralized. But at the time of implementation with decentralized control, each of the cryptocurrencies works via a distributed ledger technology, usually a blockchain that serves as a database for public financial transactions.

The Rise of Cryptocurrency

But several disagreements within the community of Bitcoin led to its schism and followed by the launch of Bitcoin cash along with the appearance of a few other decentralized e-currencies that further fragmented the landscape of digital payments as a whole. For example, we can consider the creation of the first ‘sharia-compliant currency’ in Dubai in the year 2017 and pegged to the price of gold.

While Bitcoin gained a lot of popularity in subsequent years after 2009, it captured significant attention of the investors and media in the year 2013 in April when it reached to a record price of 266 dollars per Bitcoin after rising about ten times in the preceding two months.

Bitcoin displayed a total market value of more than about two billion dollars at its peak, but a 50% dive down shortly thereafter gave rise to a raging debate about the future of Bitcoin in particular and cryptocurrencies in general. The investors are particularly lured towards Bitcoin by the high speculative potential of such virtual currencies as well as their ability to be exchanged for cash in several cases. But their value remains extremely variable with sudden rise and fall which is precisely the reason for hesitation among the investors.

A number of specialists are quite worried about the lack of transparency in their process of issuance, which is unregulated. There is no regulatory authority that supervises the issuance of cryptocurrency. In addition to this, there are a number of people who are quite suspicious of their true value and doubt the asset’s decentralized nature.

In fact, there has been a rise in the popularity of ICO or initial coin offerings. ICO is a modern form of IPO released by the fintech companies for the purpose of crowdfunding new cryptocurrencies. This, in turn, has been propelling the virtual currencies’ prices in an upward direction. At present, there are more than about 50 ICOs launched every month. It is because of the fact that there is no regulation or scrutiny. Moreover, the investors are quite often not properly informed and hence have fallen victims to scams in several cases.

Cryptocurrency is now a very hot topic of discussion and has gained tremendous popularity in the last few years of time. More and more investors are ready to invest in cryptocurrencies especially Bitcoin, and Ethereum along with many more. As per the current trend, cryptocurrencies are expected to rise further in the time to come.

The Fact About These Trustless Systems

The ones favoring Bitcoin as well as other cryptocurrencies claim that these financial platforms are inherently trustless systems. It means that they are not directly attached to any nation, state, country, government, or body. They would also argue that cryptocurrency is much more superior as compared to the traditional physical currencies because it is not dependent on any regulatory authority.

Professor Joseph A. Grundfest notes that irrespective of the fact whether cryptocurrencies are thought to be good or bad, it is not completely accurate. Cryptocurrencies are not really trustless at all. They are still dependent upon the underlying infrastructure that powers different cryptocurrencies like Bitcoin, Ethereum, etc. a major portion of which is located in the nation of China. The government of China could theoretically make amendments to cryptocurrencies at a fundamental level by striking its will on the data miners who keep them running.

What Future has in Store for Cryptocurrencies?

Predicting the future of the world of cryptocurrency might be the most difficult of tasks even for the most proficient experts in this field. The pool of cryptocurrencies is rising but we are not sure as to whether these payment tools would be truly responding to the precise needs of being a currency. There are some economic analysts who predict a big change in cryptocurrency as institutional money makes an entry into the market. There also exists the possibility of cryptocurrency floating on the NASDAQ. This, in turn, would enhance the credibility of blockchain further and its uses as an alternative to the traditional currencies.

Additionally, the hacking attacks happen to be the most significant threat that might be leading to their complete abandonment by the wary users. The governments of several countries of the world are still hesitant to entirely accept cryptocurrencies. Many are of the viewpoint that cryptocurrencies can be an asset but never a currency. Thus, nothing can be specified about their future with certainty. So, there is still a big question mark on whether these alternative currencies will eventually supplant the conventional currencies or not or whether cryptocurrencies are a passing trend that will fade away with the passage of time.

Bitcoin, one of the most popular cryptocurrencies, might be ruling the world of crypto for five more years. But the giant in the crypto market might be looking over its shoulder as a few stablecoins such as Facebook’s Libra are starting to make their presence felt in the world of crypto. The contribution of Facebook to the world of cryptocurrency is Libra. It has been hyped as the appropriate answer to a wide range of financial issues. The platform was particularly designed to facilitate international payments along with the elimination of unnecessary transaction costs as well as other fees.

Professor Joseph A. Grundfest concedes that the goal is admirable, but at the same time, he believes that the approach is deeply flawed. According to him, the introduction of another cryptocurrency is not the right solution for the purpose of minimization of payment transactions. Moreover, he does not agree with the attempts from Facebook to completely dodge the traditional banking systems.

Instead, he puts forward an argument that it would have been a better approach by Facebook to create its own bank which in turn could act as the primary institution for its users. The professor also said that Facebook could have focused more on developing banking systems customized to each nation or region, appropriately addressing each of the regulatory demands and driving down costs. He said that once these have been established and the trust of the public was built, it would make sense to easily link each of them for the creation of a global network.

It is quite reasonable to expect that stablecoins will be preferred by a considerable volume of users as we progress through the 2020s. The stablecoins tie their values to some of the tangible real-world assets such as the US Dollar and gold. It means that they are almost sure to be free from the volatility of the market that we tend to see around cryptocurrencies like Bitcoin and Ethereum. The feasibility of stablecoins driven by blockchain integrated with their settled values will mean that there will be a wide range of applications for this new brand of cryptocurrency. At present, Tether is the biggest stablecoin with a market cap of about 4 billion dollars.

Is Stablecoin the Future?

Stablecoins have gained a lot of popularity in recent times as a way to support cryptocurrency with assets that hold real value. It is very much in the same way the currency of the United States used to be on the gold standard. Those assets can be other currencies or commodities or virtually anything. Professor Joseph A. Grundfest has two issues with this approach that are listed below.

In his comments, the professor also covered some stronger applications for cryptocurrency. For example, it might be a better option for the people residing in countries that have weak currencies to invest in cryptocurrency like Bitcoin as compared to investing in the local stocks and bonds. The future outlook of cryptocurrency is still an unanswered question. The supporters in favor of cryptocurrency see endless potential, while on the other hand, the critics see nothing but the only risk. Professor Joseph A. Grundfest in this regard remains quite skeptical but he does concede that there are a number of applications where cryptocurrency is undoubtedly a viable solution.

Is Investing in Cryptocurrency a Good Choice?

Investing in cryptocurrencies might be the best way to treat your investment. It is in the same way as you would be treating any other highly speculative venture. But it is of immense importance to always keep in mind the high volatility of cryptocurrency where you run the risk of losing most of your investment if not all.

As mentioned earlier, cryptocurrencies hold no intrinsic value. It is just the value that a buyer is willing to pay for it at a given point in time. It is precisely the reason why cryptocurrencies are very much susceptible to huge swings in prices. This, in turn, readily increases the risk of loss for an investor. For example, during the early days of Bitcoin on the 11th of April 2013, its value was down to half from 260 dollars to 130 dollars within a timespan of just six hours.

If as an investor you are able to digest that kind of volatility, it would be a good choice to invest in cryptocurrencies. Otherwise, it would be ideal to look for other investment options that best suit your profile. The opinions on the merits of investing in cryptocurrencies are deeply divided. The supporters point to its limited supply as well as growing usage as value drivers. On the other hand, the detractors see it like just another speculative bubble. So, it is completely up to the investor to invest in any cryptocurrency or not.

Cryptocurrencies aspire to become a part of the mainstream financial system for which satisfying very divergent criteria is essential. Though this possibility looks remote, there is little doubt that the success or failure of cryptocurrency in dealing with the challenges might be the determining factor in their fortunes in the time to come. All we can do is wait and see what the future has in store for cryptocurrencies.