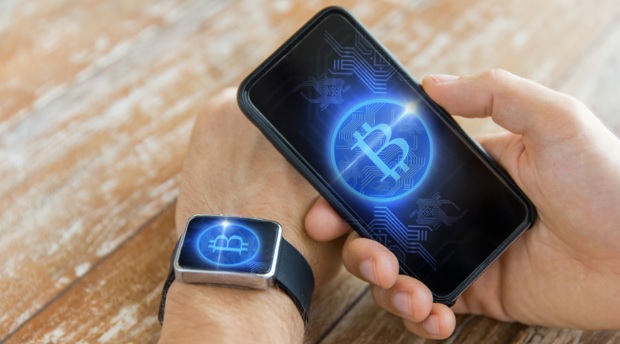 The undeniably ingenious invention of the era is Blockchain. This technology is continuously taking over the business world.

Earlier it is considered to be confined to Bitcoin and other cryptocurrencies are just the tip of the iceberg.

By enabling digital information to be distributed but not copied, the blockchain technology created the backbone of a new type of Internet.

It is often touted as the new Internet and it has built-in robustness. It stores blocks of information that are identical across its network. The best attribute of this technology is that it cannot be controlled by any single entity and has no single point of failure.

Blockchain opened new doors of opportunities and profit for the entrepreneurs and established brands. After ruling in some unexpected industries such as sports, logistics and many more it is moving forward in the mobile app economy.

There is no doubt in saying that the mobile economy is virtually unstoppable as we can see the statistics that it will reach $6.3 trillion by 2021. The question is whether the technology has the potential to influence mobile app development space to ponder over.

Let’s dive in to find out how this futuristic technology is going to be benefitted.

Smart contracts will help in exchanging property, money, shares or anything of value in a transparent, problem-free way as well as it eliminates the need for a middle person.

The website blockchain technologies see smart contracts mingling into a hybrid paper and digital content where contracts are verified through blockchain and confirmed by physical copy.

Since the blocks are capable of recording their ownership, values, and timestamp it will reduce the possibility of data manipulation.

It has a peer-to-peer architecture, which supports the concept of smart contracts between businesses and their customers.

Let’s take an example, software companies also have some rules and procedures when they sign a project with the client such as NDA between the company and the client. This will make everything sorted, smart contracts are just like the legal agreements but they are digital and virtually available in which everything is transparent.

As mobile applications will be developed to facilitate validation of transactions, smart contracts will become highly secure and cost-effective in comparison to real-world procedures. This will be only achieved by applying Blockchain App Development as the smart contract is totally based on Blockchain technology.

The Blockchain is a distributed ledger which records everything in such a way that the information is easily tracked by its users. This characteristic makes it impossible to falsify information or to create any fake transactions.

This removes the risk of trusting each other as this issue will be taken care of with an immutable record as a blockchain ledger, everything is clear so that you can see each precise detail involved in the process.

As well as the storage of data can be verified, tracked and secured all at once. The blockchain expands as more entries are made to the ledger so that you can add more data. The system has full authority and also a very strong check and balance system.

Blockchain App Development Services also introduce you to the encryption power of this technology. It is next to impossible to decrypt without any decryption key by anyone to fool the system. This accommodates it to any system that requires giving access to various users but also needs verification of information.

As the mobile development advance and blockchain technology matures the merger of this technology will become widespread. It will provide a new definition to the privacy with the ease of use.

Approval of apps in the stores

The current scenario of app approval is entirely controlled by the two dominant app stores that are Google’s Play Store and Apple’s App Store.

These app stores are leading with 3.8 million apps in the Play Store and 2 million apps in the App Store. They decide which app will be published on their store and which will not on the basis of their quality assurance test process and distribution policies.

But the process of approval is not transparent and leaves the developers with an exclamation mark in their mind. This makes the task clumsy and time-consuming but also increases the confusion among mobile app developers in case of app denial.

On the other side, the less transparent process also increases the risk of the distribution of malicious apps by the users and leads to lesser security in the app market.

The introduction of blockchain technology into the process can make this process transparent through a reputation system for the developers. This system will directly be linked to the transactions on the public ledger and will be available for validation all the time.

Other than this with the help of Blockchain Application Development Services, various means will be employed to verify the identity of the mobile app developers.

It will also enhance the ranking system used by the users and will build up the trust of the users.

Resolving the Hassle of In-App Purchases

In a recent surveys report by We are social and Hootsuite unveils that there are 4 billion around the globe using the Internet. This means that now more than half of the population is online.

Though only 2 million mobile users have access to the payment solutions for in-app purchases. Besides this, the traditional in-app process allows the user to pay to the app store, deals with the banks, fraud cases and many more. After all these intermediaries the payment comes to the developer from the app store with a hell lot of hassle.

As a result, neither the developers are able to get the best nor the end-user is able to enjoy the perks of in-app purchases.

Here comes the superpower of Blockchain technology as a blessing. It enables mobile users to use and spent their reward coins in the absence of credit card and other payment methods. With this, it will also eliminate the middle person and will empower developers to get 85% value.

Cheers to No More Data Loss

The buzzword blockchain still leaves people amazed at the actual use and function of it. So let me tell you precisely what it actually is, it’s really easy to understand how blockchain development functions when you fantasize it as a ledger. The reality is that blockchain is just a digital ledger that is powered by a friendly computer network that allows sending and parsing data simultaneously.

The best part is if one person changes the information that change is transmitted to the other machines on the network that holds the same ledger. This systematic approach makes it adaptable and mobile technology needs such an approach.

Most systems use a client and server-side system, in this case of mobile networks the phone and mobile app act as a client and a central server distributes data on the request.

Millions of users and channels try to get the data wirelessly which makes the mobile networks stressed and causes some information to be lost. With the help of blockchain, mobile app development companies can implement it to get more advanced storage and data streaming.

Now, it is perfect to state that Blockchain will redefine the mobile app economy and offer the possibilities to the mobile app developers as well as the users that they have been waiting for years. Ease of use and access without the need for extra resources is too fascinating. If you are looking for a perfect solution for your app, we have your back. We blend blockchain in a way that it will reshape your business.

We are transforming the way you do business. Our innovative engineers build software solutions that are resilient and scalable to the changes that any market-leading business would face. Whatever be your need, to make a strong strategy or to design a groundbreaking user experience we have your back.

Aakash Soni is the operational head at Auxano Global Services, a leading mobile app development company headquartered in India. His insightful approach and futuristic vision are proven to be fruitful for the clients. Aakash is also known for his energy, which brings motivation for the team and the clients.

With a vast experience in Sales, he has established himself as a highly focused product strategist, and even he mastered the mechanism of advanced technologies to help businesses. Bring value addition to your business now, hire dedicated app developers, and see your business thrive.