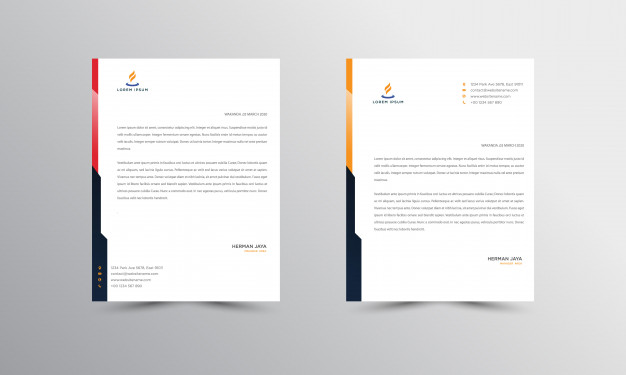 As an ICO advisor, I often come across several queries associated with Initial Coin Offering. More ICO projects come into light every day, and many people with no knowledge about ICO are entering into this field. The people are taking interests in it, as media have reported that funding in Initial Coin Offering is high.

As I have mentioned that people with no idea on ICO are attracted to it, so I want to brush up your basic knowledge about it before going ahead on the topic.

ICO or Initial Coin Offering is a platform for raising funds. In this mechanism, new projects vend their original crypto tokens in a transfer of Ether or Bitcoin. It is very similar to IPO (Initial Public Offering) in which people buy shares of an organization.

In spite of being a relatively new phenomenon, it has fastly become a prevalent topic of discussion in the community of Blockchain. Many of the people take ICO projects as unfettered securities, as these projects permit project owners to raise a low amount of money. On the other hand, several others take it as an innovative way to fund a venture.

Blockchain is a distributed and decentralized ledger. By using this technology, every transaction is recorded. Without approval from stakeholders/creator, no one can alter data. Being transparent, secure, and safe, this technology has gained enormous popularity in the finance sector. Businesses of several different industries are working on this technology to make it better for their business operations.

What is White Paper?

As a document, WP or White Paper supports your probable customers take a favorable decision in favor of a particular product/service or your organization. If it fails to help clients in making a favorable decision, it might not be a WP. In layman words, it is something amid a marketing brochure and an article. Apart from containing useful information, a White Paper leads to a list of facts to encourage customers to buy a product/service.

Now, I come back to the topic – ICO Myths. I am going to mention the five most common myths:

1. Starting an ICO is effortless  – False

No, it’s completely false. You need to do your homework first before going out for raising funds. Having a well-brought-up white paper is just beginning. Most of the ICOs underestimate legal aspects that are significant. And the legal issues are pricey. Be ready for a considerable war chest, as the cash flow is going to be outlandish for you. Have the patience you can, as starting an ICO would be a long journey for you. It might take even more than one year.

2. Setting up money for an ICO is easy – Totally False

Rising funds/money for ICO is not like a Cakewalk. Investors in today’s world think a lot before making any investment. It is, as several investors have lost their money or many ICOs are Yet to Perform. The investors have become more conscious in selecting projects, and you need to follow them a lot to draw a little form of attention. You need to have an in-depth idea about the crypto community and find out the right people who can be your cash resource. It is very different from a park walk.

3. Every whitepaper is factually correct – Not True

In a white paper, it is easy to find out fraudulent or incorrect assertions. However, it would be harder to notice factually wrong data. TRON sets a unique instance in this sense. It had plagiarism. However, it showed it was licit, leading to a diminishing to the industry credibility.

4. The success of ICO is guaranteed – Success ratio is half.

There is no guarantee of success. While investing in an ICO, you need to be very careful. According to Sodium Capital, approximately half of ICOs have got failed. However, around 1400 ICOs got published in the first three months of 2018. It means it is clear here that one in two people can trust you and they can invest in your project. You need to be very careful whether you are launching an ICO project or going to invest in it.

5. Every listing site is the same  – Not True

On the Internet, you can come across a large number of ICO websites. Keep in mind all of them are not the same and useful. Some of those sites only list the projects while some go beyond listing and offer all associated information to investors. Ensure to go through reviews if you are checking an ICO site. Going through those reviews can support you comprehend how such a website analyze a project before listing it.

Advisors Support You – It is also a myth. No one advises you at free of cost. You can google to avail the most of advisors’ knowledge. For ensuring your success, you need to find the right advisor who can give you real insight and support you. 90% of advisors claiming to be a super advisor join for a selfish reason. Before going ahead, talk to a lot of people and ask them for their commitments to your ICO project.

You can hand over the ICO leadership – It would be a big mistake if you trust your experienced friend to run your ICO project. I am saying this, as your friend can find a way for his benefit. You must avoid putting your plan in the hands of strangers.

Pitching ICO support you raise money – It may / may not help you. Here one thing is sure that it is highly expensive. Throwing your ICO for 5-10 minutes at a conference can cost you 5000- 1000 US dollars. Other guys would be waiting to present their pitches just after you and can kick you out. I know many organizers might promise you about the presence of hundreds of investors. You need to be very careful and do not get trapped in their promises. Schedule personal meetings with some of the interested investors. It can help you a lot in raising money.

Customers are ready to buy your ICO – It is very tricky. In general, the crypto community, professional investors and businesses bring ICO tokens. Around 90% of these are not the customers of your super platform. They just trade with your tokens and consider how fast you would be placed on exchanges. You need to get your customers, and you should have a solid plan for it.

Tokens and coins are same –  Several people consider both tokens and coins as same. They use these both terms interchangeably. In fact, these two terms are different. You need to comprehend the fundamental differences between them if you are going to invest in it or launch an ICO. A token has more than one function and saves an array of value levels. On the other hand, a coin is one utility and saves only one level of value.

In brief, you have to be very careful whether you are going to launch your own ICO or to invest in one. For launching your ICO, you need to create a product, build a token, take legal advice, draft your white paper, create a community and place your token out for exchanges. Take these all steps very carefully.