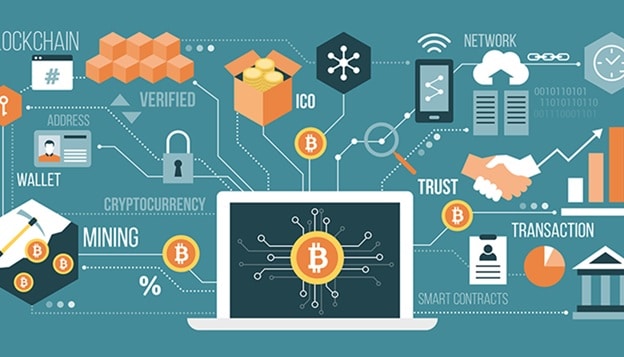 What is Bitcoin Mining?

The technique of producing new bitcoin through solving problems is known as bitcoin mining. It is made up of computer systems outfitted with specialized chips that compete to solve mathematical challenges. The first bitcoin miner (as these computers are known) to solve the riddle wins bitcoin. The mining process also checks and verifies transactions on the bitcoin network.

For a brief period following its inception, Bitcoin was mined on desktop computers equipped with standard central processing units (CPUs). However, the procedure was incredibly sluggish. Large mining pools distributed across various locations are now used to create cryptocurrencies. Bitcoin miners pool mining rigs that consume large amounts of power in order to mine the money.

Bitcoin mining is considered environmentally harmful in areas where energy is generated using fossil fuels. As a result, several bitcoin miners have relocated their operations to locations with renewable energy sources in order to lessen Bitcoin’s influence on climate change.

How to Start Mining?

The first step is to select the Bitcoin mining gear. Many individuals begin with an outdated PC to gain an understanding of how Bitcoin mining works. To make money, you must employ optimal mining gear, such as a Graphics Processing Unit (GPU) or Application-Specific Integrated Circuit (ASIC) miner.

Then you may choose between mining alone and collaborating with other miners. Because solo mining is less likely to be successful on a constant basis, many people join a mining pool for more predictable crypto returns.

It’s now time to set up your Bitcoin mining software. You may select from a variety of mining apps based on your hardware, operating system and other considerations.

When your mining setup is properly configured, click the button to begin mining. Then you can sit back and watch your computer work hard to earn Bitcoin. Mining rigs normally need to operate at least six hours per day to be functionally effective, while leaving your mining rig running all the time boosts your chances of collecting Bitcoin mining rewards.

Bitcoin mining is passive, but it is not completely set and forgotten. You’ll want to keep an eye on your mining rig’s performance and energy consumption to ensure that your mining operation is as efficient and profitable as possible. A minor setting tweak can sometimes drastically increase your revenue.

Different types of cryptocurrency mining need varying amounts of time. For example, in the early days of the technology, CPU mining was the preferred method for most miners. However, many people nowadays believe that CPU mining is too sluggish and impractical because it takes months to earn even a little return, considering the high power and cooling requirements and increased complexity across the board.

GPU mining is yet another way to mine bitcoins. It maximizes processing power by combining a number of GPUs into a single mining setup. A motherboard and cooling system are necessary for GPU mining rigs.

ASIC mining is another way for mining cryptocurrency. ASIC machine, as opposed to GPU miners, are particularly built to mine cryptocurrencies and so create more cryptocurrency units than GPU miners. They are, however, pricey, which means that when mining difficulty grows, they will quickly become outdated.

Cloud mining is growing more popular as the costs of GPU and ASIC mining continue to rise. Individual miners can use cloud mining to tap into the strength of large organizations and dedicated crypto mining facilities.

Individual cryptocurrency miners may find free and paid cloud mining hosts online and hire mining gear for a set period of time. This is the most hands-off approach of mining coins.

Bitcoin mining is a commercial endeavour. Profits from its output—bitcoin—are determined by the amount invested in its inputs. Bitcoin mining has three major costs:

This is the electricity that keeps your mining systems running around the clock. It can add up to a sizable bill. When you consider that the process utilizes as much power as certain countries, the expenditures might add up quickly.

Despite common belief, desktop PCs and standard gaming systems are neither suitable or efficient for bitcoin mining. The procedure can lead such computers to overheat and cause bandwidth difficulties on a home network. The major infrastructure investment for bitcoin miners is in application-specific integrated chip (ASIC) devices, which are tailored equipment for bitcoin mining. The cost of such equipment might range between $4,000 and $12,000. Despite the hefty expenses, a single ASIC-equipped device yields less than one bitcoin. Bitcoin miners combine hundreds of ASIC systems into mining pools that work 24 hours a day, seven days a week to create the 64-digit hexadecimal number needed to solve a hash problem.

Infrastructure of the network:

Network speeds have no discernible impact on the bitcoin mining process. However, it is critical to have an Internet connection that is available 24 hours a day, seven days a week. There should also be delay from adjacent mining pools on the connection. Dedicated networks eliminate external dependencies and keep latency to a minimum. Going offline does not necessarily halt the synchronization of transactions. However, it can make the procedure time-consuming and sometimes error-prone when a connection has been restored.

What is the significance of mining?

Mining is critical to the security of Bitcoin (and many other cryptocurrencies) in addition to releasing new coins into circulation. It validates and protects the blockchain, allowing cryptocurrencies to operate as a peer-to-peer decentralized network without the need for third-party monitoring. It also provides an incentive for miners to provide processing power to the network.