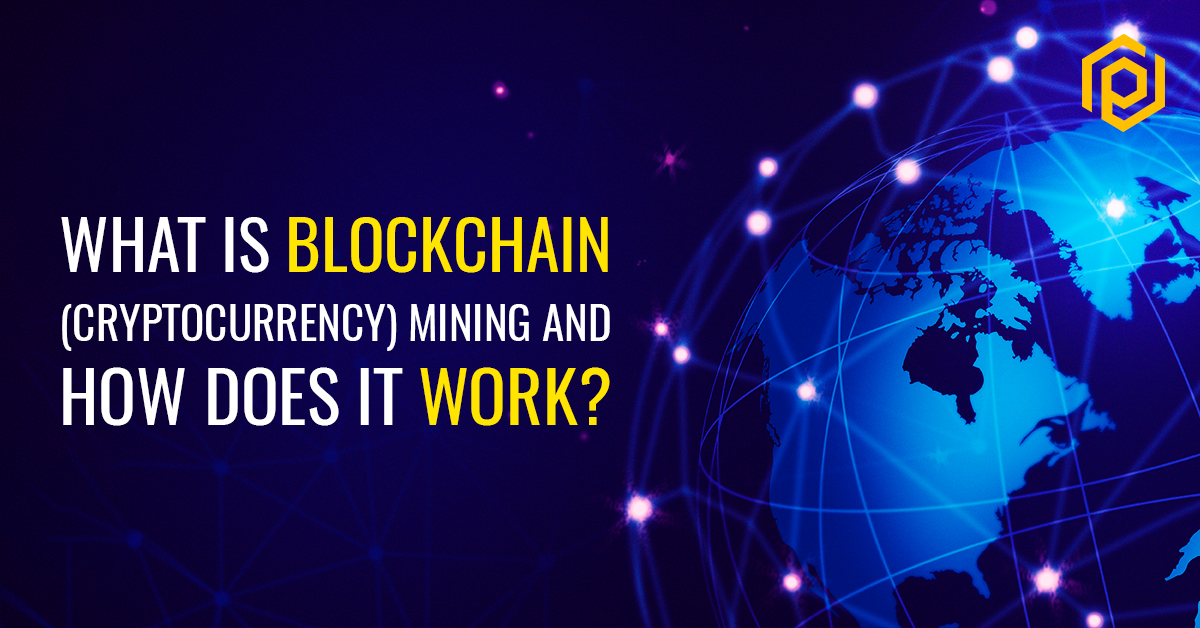 Blockchain or cryptocurrency mining is the key underlying process behind the entire blockchain ecosystem. A cryptocurrency runs on a blockchain, which is a decentralized distributed database that is shared by all the nodes or computing devices present in a network.

This database stores the ownership of each cryptocurrency and every transaction executed on the blockchain network. The process of blockchain mining refers to the verification of these transactions by the miners, who hold powerful computing devices for the same purpose. For each token to gain the true digital asset status, they must be verified by miners.

How Does The Blockchain Mining Exactly Work?

Miners in the blockchain network also require a computer and special program, which helps them to compete against peers in solving a complex mathematical problem. This also requires large computational resources.

Cryptographic hash functions are used by the miners at frequent intervals to find and solve a block using the transaction data. A hash function is nothing but a numeric value of fixed length that uniquely identifies data. Miners make multiple attempts to determine a hash value that is less than or equal to the target hash value and the one who gets it first is eligible for mining rewards.

As discussed, miners are also eligible to receive small bounties or rewards for verifying transactions. For instance, currency 25 bitcoins are offered to a particular miner for discovering and verifying a single block.

Additionally, the miners also receive some free from the users sending transactions. This fee is offered as an incentive to miners by the users to add their transactions on the block. The above-explained process seems easy to implement, but in reality, a lot of issues are faced by the mining community in verifying transactions.

Talking about issues in mining, it is evident that increased popularity of cryptocurrencies has populated the miners in the P2P network, which increases the mining difficulty and decline the rate of block creation.

As a result of this network congestion, the average block creation time has reached approx 10 minutes in recent times, which makes it extremely difficult for miners to reap greater benefits. Numerous fintech firms are engaged in developing blockchain based crypto mining solutions that overcome issues like slow transaction speed, high processing fee, and network congestion in blockchain mining.

Pieta Ecosystem is also the world’s first solar-powered crypto mining ecosystem that uses X20 algorithm along with the low-cost ASIC hardware to bring down the energy consumption up to 50 per cent for miners. The new X2o algorithm also runs 20 round of hashes together to verify the transaction faster with a maximum block execution time of 20 seconds. Therefore, the lower operating costs and faster transaction speed makes Pieta tokens ready for mass adoption along with global use.