Why Mining Is The Profitable Cryptocurrency Projects In Canada for 2020 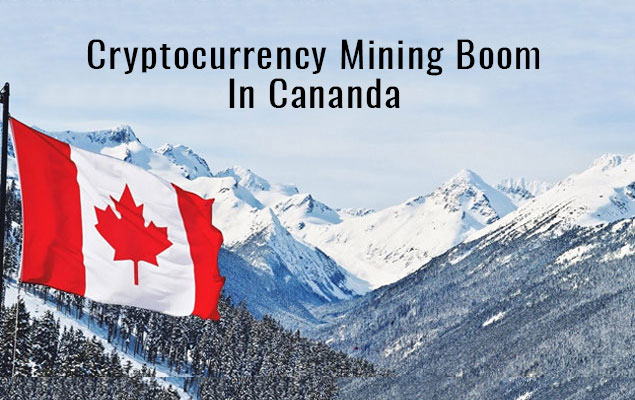 Why Mining Is The Profitable Cryptocurrency Projects In Canada for 2020

Looking for why mining is the most profitable cryptocurrency project in 2020 then this blog is for you.

Crypto mining companies are drilling into the power resources in Manitoba and Quebec.

The term ‘mining’ has been long associated with finding the natural resources in the ores dug by men deep down the earth and extracting oil and other precious metals from there.

Blockchain however gave ‘mining’ a new definition with which separated it from the earth and blended it with computer & technology.

Recently in Toronto Canada, a compound was seen full of newly shipped containers, approx. 48 were seen.

While the compound is dedicated to such containers and there are many more like them, the only thing that made these 48 different was the material they contained.

Unlike the other containers which were crammed with regular goods, these were loaded with a high-powered computer, which is known as “rigs”. Machines they use to mine cryptocurrencies.

Recommended Post: Everything You Need To Know About X20 Mining Algorithm

Spots like this are becoming very common to see in many cities in Canada including Quebec, Manitoba, and B.C., as the country offers a cheap supply of green electricity with an innate cold environment, digital currency miners are making their bases in Canada.

The historical hike in bitcoin’s price drew everyone’s attention and stirred a conundrum with its frequent fluctuations reaching an all-time high to $20,000 and dropping to $7,000, and bouncing back to $11,000 within a period of two-week.

Shrugging off all the speculations and risks posed by regulators, investors have been keener about crypto mining and the location has been primed already for setting up large-scale operations.

Many companies are setting up their rigs on a big scale while keeping their location secret. For instance, DMG Blockchain Solutions is all set to onset the operations, and using the computers confirms the transactions and for mining both.

Sheldon Bennett, the CEO of DMG Blockchain Solutions says,” we consider them as credit cards which link the bank and the person who makes the transaction.

Companies like DMG Blockchain Solutions get paid to act as an intermediary for bitcoin transactions, confirming the recipients and payers of it.

Within the premises of the company which is around 27,000 square feet, the biggest patch of the area is covered by massive coolers that try to minimize the heat generated by the pile of computers deployed for mining. These machines devour a great amount of power for confirming the transactions.

It was remarked by some analysts that crypto miners across the globe consumed more power than entire Ireland last year.

The mining operations took off initially in China, but that’s changing now after the recent crackdown on cryptocurrency by the Chinese government.

Miners are now shifting to other countries including Canada. Targeted cities are Quebec and Manitoba because of the limitless cheap and clean hydropower supply.

According to the sources in Manitoba Hydro, more than 100 groups swarmed in to exploit the utility in these cities. Without revealing the names of the miners, the sources indicated a large gathering of groups since Christmas.

A lot of people are trying to gather information about the resources and possibilities of setting their mining rigs over here.

Sources also said that the “number of active digital currency miners operating in the province has reached 6 now”. The total consumption of energy by these miners are equal to what 18,000 households do.

There are several requests from foreign digital currency miners interested in opening up setups in the province which Hydro-Quebec addresses. The organization admitted that its campaign to attract data centers last year incited many bitcoin miners too.

Another aspiring cryptocurrency miner plans to utilize the natural gas which the company produces and deals in. The CEO of the company said, “crypto mining uses a lot of electricity and that could also be generated with natural gas”.

Being a natural gas provider we have plenty of it and make good use of the gas for cryptocurrency mining.

The company’s vision is to power numerous mining operations shifting from China and currently in talks to achieve that goal. To start with, they are planning to set up 170 mining rigs.

China has already started to truncate the number of crypto miners as they are consuming power more than the country can provide. Baffled by the decision, miners are anxious to relocate to Canada for its cheap electricity and cooler climate.

The company has received 6 applications from Chinese companies requesting to host their mining operations, a few American firms have also contacted with the same intent.

The company also expressed a disregarding opinion from its members when it propounded the concept of hosting bitcoin mines, but confirms that they all realized the potential of this project later and agreed.

Miner Edge is all set to build the biggest cryptocurrency mining setup using the cheap green electricity provided by Canada. The first miner is going to be set up in Manitoba and it has already launched its ICO which is making a buzz in the cryptosphere right now. Be a part of this biggest crypto mining project and earn great profits.