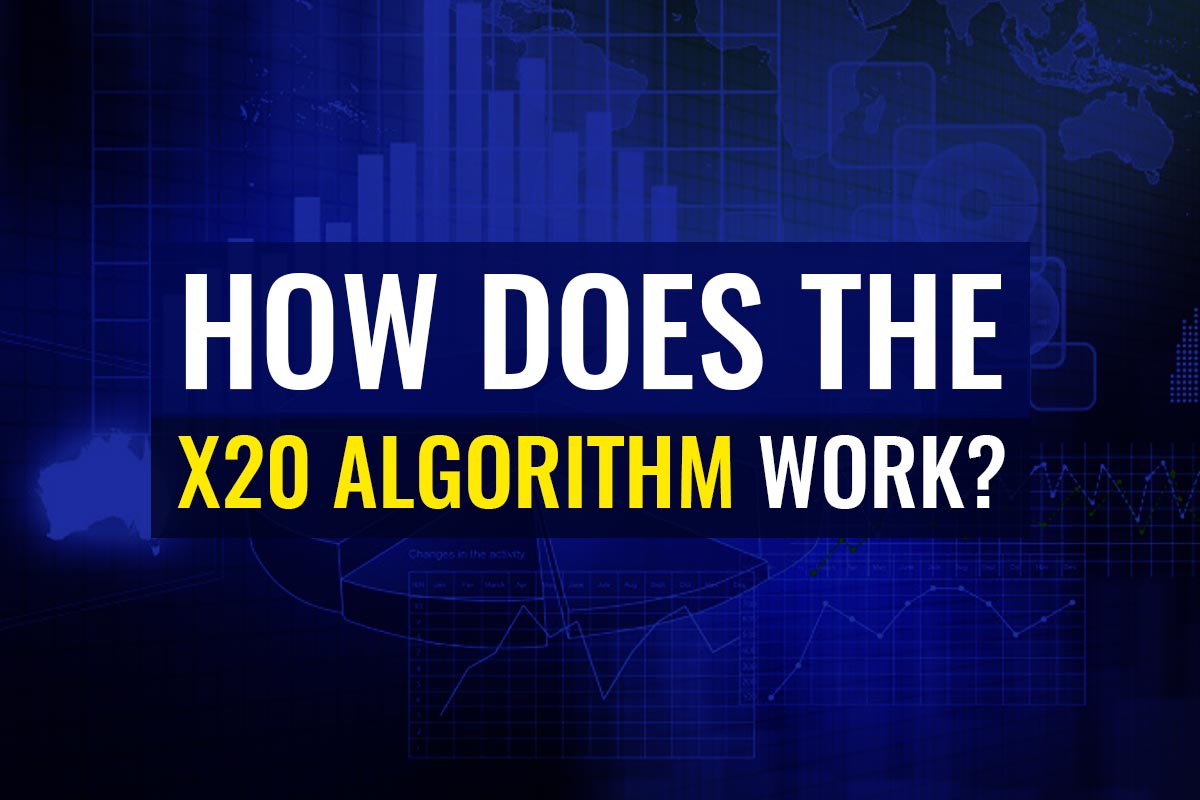 The fundamental working is the same, which is to increase the hashing of the mining process to make the overall process (and transactions) more efficient and secure. However, the X20 algorithm was created with another major purpose of reducing energy consumption in the crypto mining process.

How does the X20 Algorithm work?

The X20 algorithm is a proof-of-work mining/hashing function which provides a cost-effective alternative to high-end mining hardware such as Application-Specific Integrated Circuits, or ASICs.

The X20 algo works by enabling 20 round of hash functions, instead of just 1 or 2) for each mining transaction, therefore, encrypting each new value with 20 separate hash functions, thus increasing the security and efficiency of blockchain transactions.

Now, the X20 algorithm also speeds up the block creation process to less than 20 seconds by reducing the block size to 2 MB, in the Pieta project. The increased efficiency not only improves the mining speed but also makes it more energy efficient by keeping the mining hardware cool, as more blocks are now produced in less time and with less effort.

As the mining algorithm becomes more powerful, less power is required to produce each new block.

How can the X20 algorithm benefit us?

The biggest advantage of the implementation of the X20 algorithm in the mining process is the increased productivity and profitability for the miners.

But that’s not all, it also makes the overall process more energy efficient.

Benefit for the Environment

As the X20 algorithm limits energy consumption in the mining process by keeping the hardware cool, the emission of harmful gases and carbon is also limited by a great extent, thus making the bitcoin mining process more friendly to the environment. It also helps limit the cost of energy in mining.

Benefit for the Miners

Pieta, in addition to the new X20 algorithm, also focuses on the use of green solar energy in the cryptocurrency mining activity, thus limiting the adverse impacts of mining on our ecosystem.