Are Stablecoins Really Stable and Safe? 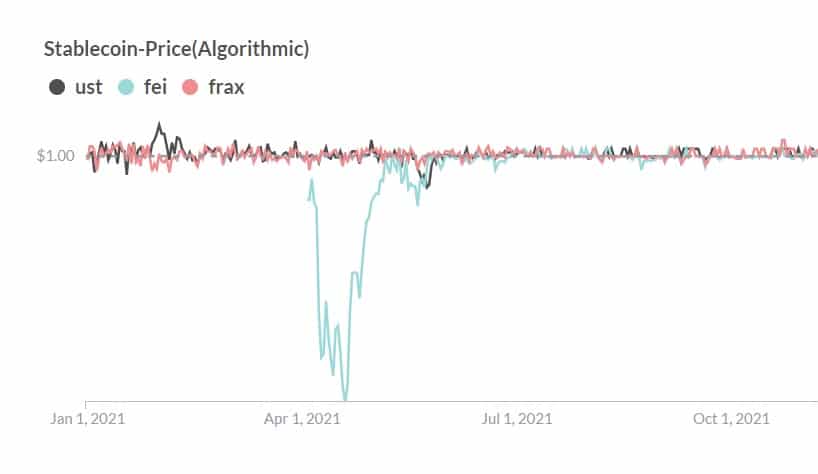 Are Stablecoins Really Stable and Safe?

The first thing most people do when entering the crypto world using a decentralized exchange is to exchange their fiat currency for stablecoins, which can later be exchanged for other tokens.

However, besides being the most important channels for users to start investing in crypto, stablecoins are also the foundation of the whole DeFi industry—acting primarily as a medium of exchange but also being used for liquidity pools and yield farming.

Due to its close relationship with fiat USD, Tether has naturally attracted attention from regulators. There has also been rising concern that the currency’s under collateralization now poses a systemic structural risk.

However, centralized, decentralized and algorithmic are all different. Are they all equally unstable? Is the fear of stablecoins warranted? Could Tether bring down all of DeFi?

USDT, which has a first-mover advantage, is the dominant centralized stablecoin. Its issuance model is that a user sends a certain amount of USD to Tether’s bank account, and Tether will transfer the same amount of USDT to that user after confirming receipt of the corresponding funds.

USDT’s price movements mainly stem from the degree of credit recognition of the issuing company, the depository bank, and the USD by the holders of the stablecoin.

Tether’s transparency and compliance issues are problems that centralized institutions cannot get rid of. However, the huge number of users and wide use case base accumulated by USDT make people use it anyway.

USDT’s market cap has been steadily growing, rising to as much as three times what it was at the beginning of the year in early November. USDC, in second place, has less than half of USDT’s market cap, despite being more transparent in its disclosure.

Despite the decentralized spirit of blockchain, a large number of key projects, like Tether, are centralized. Why is this problematic?

Imagine if the SEC brings charges against Tether, or if Tether is found incapable of providing sufficient reserves. Users holding USDT will not be protected from losses.

MakerDAO, which launched in 2018, has led the way in the development of overcollateralized stablecoins. As a result, DAI has become the market cap leader for this category of stablecoins. Although Liquity, which went live in 2021, innovated and improved on MakerDAO, the lack of use cases for its stablecoin, LUSD, has limited its adoption.

Abracadabra, which has a model similar to MakerDAO, has grown rapidly in two months with its interest-bearing tokens collateral, and the market cap of its stablecoin, MIM, has surpassed that of LUSD, which was one step ahead of it.

Overcollateralized stablecoins mint $1 worth of stablecoins by depositing collateral worth more than $1. The collateral can therefore be other tokens that are not stable in their own way such as ETH, protocol tokens, and LP tokens. Such stablecoins are on the same chain as the collateral and the main risk comes from the fluctuation of the value of the collateral, so the liquidation mechanism of such protocols is particularly important.

On the collateral side, MakerDAO has introduced centralized assets such as USDT and USDC since March 2020, and doubts have grown about whether DAI is decentralized enough. The risks of DAI are tied to centralized stablecoins.

Liquity, a protocol whose only collateral is ETH to mint LUSD, strives to be decentralized in all aspects and has better capital utilization and liquidation mechanisms.

While Abracadabra’s core mechanism is similar to MakerDAO, allowing collateralized interest-bearing assets, it is more like a more aggressive MakerDAO deployed in multiple chains with more collateral, which allows its stablecoin, MIM, to grow rapidly, but also implies a higher risk.

The daily trading volume of DAI far exceeds that of all other stablecoins, mainly because DAI, as an early cultivator, can be supported on various protocols.

LUSD, due to its incentive mechanism, has more than 60% of stablecoins circulating within its own system, supporting fewer external use cases.  Even MIM’s trading volume far exceeds that of LUSD.This is mainly due to the fact that Abracadabra offers the ability to increase leverage by way of flash loans, as well as increasing the liquidity of MIM on Curve by incentivizing its token, SPELL.

In terms of stability, MakerDAO regulates the supply and demand of DAI through a stability fee and DSR (Dai Savings Rate), which affects the price of DAI. However, these adjustments are based on a vote by holders of MKR, the tokens issued by MakerDAO. Most MKR is held by early investors and large investors.

Even with these MKR non-centralized holdings, such adjustments are similar to central bank monetary policy—e.g. adjusting reserve ratios, benchmarking interest rates, etc.— except with a low threshold to vote. This has raised questions about the governance model’s fairness and prudence.

Liquity maintains the price of LUSD through a “hard anchor” that opens up arbitrage opportunities to the entire market using a redemption mechanism, and a “soft anchor” that allows users to mint LUSD at $1 and burn LUSD at $1 at any time.

Abracadabra’s stabilization currency, MIM, is similar to DAI in terms of stabilization mechanism, and the minting rate is used to regulate the cost of funding of MIM, thereby affecting the balance of supply and demand.

Using Footprint Analytics data, we can see that DAI is the most stable in terms of price fluctuation. LUSD is relatively stable except when the price is slightly higher when it first came online. MIM is also relatively stable between $0.97 and $1.01.

Algorithmic stablecoins keep their value by incentivizing the market to speculate on tokens using their own protocols. The advantage is primarily that the uncollateralized mechanism allows for higher capital utilization, but can easily move the price out of anchor if the market does not arbitrage as the protocol is expected to be designed.

The standout among algorithmic stablecoins is Terra’s stablecoin UST. Terra uses a dual token model, with Luna, a token primarily used for governance, staking, and verification, and UST, a native stablecoin anchored to USD. UST is backed by Luna, and for each UST minted, one dollar worth of Luna must be burned, and Luna maintains the anchoring of UST to USD through an arbitrage mechanism.

Fei Protocol, which set a new fundraising record in DeFi, is also noteworthy. It minted $2.4 billion in market cap in one week since launch, then instantly fell to $500 million in three months. Fei anchor adjustment mechanism, based on PCV (protocol controlled value) and Ethereum’s redemption mechanism, maintains stability. Fei Protocol intends to solve the problem of inefficiency and difficulty of expansion of over-collateralized stablecoins, but community pressure has forced constant modifications of its mechanism after launch. It now uses the Peg Stability Module mechanism, similar to DAI.

UST tops other algorithmic stablecoins in terms of trading value, although there is still a big gap from the overcollateralized stablecoin DAI. Currently, UST is comparable to MIM in market cap.

The active volume of UST is mainly attributed to the fact that the entire Terra protocol is set up around its original stablecoin. Terra’s protocol has been equipped with UST transaction scenarios since its inception, and UST can be connected to offline payments, which in turn stimulate the demand for UST usage.

Since the stabilization mechanism of UST is based on the promise to pay out with Luna, it is essentially backed by the promise of Luna rather than being an overcollateralized stablecoin proper. Based on trust in Terra as a whole, arbitrageurs will ensure the stability of UST through arbitrage behavior. If the price of Luna drops drastically, an anchoring crisis will occur as users lose faith in the market value of Luna.

The price of UST has been relatively stable, with the only de-anchoring occurring in May when the token price plummeted. This compares favorably to Fei, which has been live for more than half a year and experiences two serious de-anchors. In the first occurrence in early April，when Fei first went alive, Fei’s usage scenario was not enough to support the required minting, creating an imbalance between supply and demand. May’s de-anchoring mainly came from a big drop in token prices triggering distrust among users.

The three types of stablecoins have their own unique advantages and disadvantages.

Stablecoins an integral part of DeFi as a medium of exchange between assets. They do not have a strong backing like fiat currencies, and you should consider their security, stability and breadth when to use.

The above content represents the personal views and opinions of the author and does not constitute investment advice. If there are obvious errors in understanding or data, feedback is welcome.