P2E Games: All You Need To Know 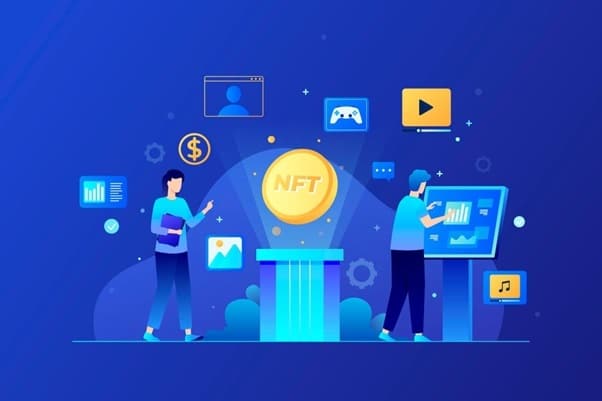 P2E Games: All You Need To Know

Video gaming has often been considered a passive pastime with little potential for financial gain. The great majority of those involved in the sector prefer to see it as a pastime. In this approach, everyone may profit from winning contests or streaming income in addition to top-tier pros.

Today, the global gaming market is over $300 billion more than the entertainment and movie sectors combined. As a result, it allows game fans to discover novel business opportunities. And because of the popularity of “play-to-earn” games, this fantasy is already coming true.

A novel idea called “play-to-earn” allows gamers to earn cash in the real world by enjoying their favorite games. Thus, you do not need to compete or be a well-known streamer. What, though, is play-to-earn? What relevance does it have to the cryptocurrency sector, the gaming sector, and beyond?

The blockchain-based play-to-earn market in the cryptocurrency space has established itself as a specialist!

In a new gaming concept called “play to earn,” players and users benefit from incentives. They don’t only play; they also acquire virtual goods and sell them for real money. Users may amass cryptocurrency collections or profitably trade NFTs on online markets.

Play-to-earn game development has fundamentally changed the gaming industry. The identities of gamers and developers are being redone in these games. Play-to-earn games may be created or played to generate revenue for both companies.

Play-to-earn gaming is what it is

The phrase “play-to-earn gaming” refers to a category of games that allow players to make money in the real world while they play. The games often use blockchain technology and cryptocurrencies to make these revenue streams possible. Cryptocurrencies or NFTs are used to pay P2E gaming players worldwide.

Game developers are using blockchain technology to create exclusive, tradeable in-game products. An NFT, a coin unique to that gaming, or even a well-known cryptocurrency might be used to represent them.

The player may export these prizes to a cryptocurrency wallet and exchange them for fiat money after receiving them. You may sell the NFTs you earn in the games to other players, collectors, or investors on various markets (both in-game and secondary markets).

As P2E gaming becomes increasingly popular, hundreds of creators publish their works in the category. However, a select few games stand out from the crowd when it comes to popularity and revenue potential. Playing P2E games alone may cost players an average of $389.48 per week.

There is no doubt that P2E games now have a large market share. In contrast to the worldwide film business, which is estimated to be worth $169 billion, the play-to-earn gaming sector is expected to reach $400 billion by 2030.

How is the gaming community responding to play-to-earn?

According to crypto enthusiasts, blockchain technology is being explored by the gaming community. However, some gamers have expressed opposition to introducing cryptocurrencies into their environment.

Gamers express their displeasure with the Ubisoft NFT announcement on Twitter and other social media sites, and some speculate that it may lead to lower-quality games. Additionally, play-to-earn games are the implicit approval the rest of the gaming industry needs to embrace crypto nonsense completely.

Players may believe that P2E is an extension of the microtransaction style of game development or that there are too many barriers to entry. While many play-to-earn games are based on well-known blockchains (like Ethereum and Polygon), turning them into a more liquid commodity isn’t always straightforward. While selling NFTs might take time, in-game currency prices can change drastically.

On the contrary, Ubisoft news is like the holy grail for players interested in cryptocurrencies. Some players who favor P2E point out how the system is comparable to ideas from other games. While many other games include unofficial or illegal methods to sell goods for real-world money, a few well-known titles provide a player-only auction site where players may earn real-world money.

P2E supporters claim that the innovation can legitimize gaming as a source of revenue in several ways, such as by allowing players to sell in-game goods they have worked hard to get. Compared to the challenging process of developing into a professional competitive player or streamer, it’s unquestionably one of the easiest methods to make money from gaming.

Play-to-Earn Games’ advantages include the following:

It’s a whole new game concept with a plethora of benefits.

As the underlying technology for Play-to-Earn games, blockchains safeguard the ownership of all in-game items, from cryptocurrency currencies to non-fungible tokens (NFTs). In a typical online game, if the server destroys any in-game treasures, you risk losing them. On the other hand, blockchains give each in-game item purchased a unique ID, preventing tampering without the owner’s knowledge.

2.) You may make money while having fun by:

The P2E games can allow players to make money as they play. You may buy collectibles and other NFT collections with the in-game money. On many platforms, you may sell items to generate cryptocurrency.

Playing-to-earn games open the gaming industry to fresher trends, expanding the potential for future big ventures. These games open our eyes to a new aspect of player potential beyond just playing.

4.) P2E games are advantageous for both game producers and players:-

Play-to-Earn games provide profitable opportunities for both players and creators. As the P2E economy expands, producers who design and produce these games make more money while users profit from in-game items.

5.)These games encourage communities of gamers-

In games that allow for play-to-earn, users take part in and complete numerous missions and activities for a portion of the rewards. It Encourages the development of a group of eager players to cooperate to achieve a common objective. Several players will come together thanks to the incentive-sharing principle of the P2E, creating a positive, welcoming environment.

6.) It aids in the development of the DeFi and NFT worlds of the cryptosphere:

The demand for P2E NFT blockchain games is growing. Hence more exciting and challenging multi-level games are required. In turn, these games generate income that may be utilized for their growth and the development of the whole crypto ecosystem, which encompasses DeFi and NFTs.

7.)Play games to get money. Develop blockchain applications by:

The craze for cryptocurrency play-to-earn games has spread like wildfire. As a result, players are now more aware of blockchain technology’s huge potential and mesmerizing applications. As a consequence, blockchain-based goods are being used more widely.

Play-to-earn games allow players to monetize their in-game items or collectibles while generating income for the game’s creators. In essence, everything has a measurable, practical worth.

Play-to-earn games have several advantages, and metaverses embrace this approach as their default. These games are responsible for radically reinventing the concept of online gaming and expanding it beyond simple entertainment to include monetary gain. P2E games have explicit rules, dispersed power, and limited yet attractive rewards. The play-to-earn match is a brilliant example of a step toward gaming democracy in light of recent discussions on privacy and internet use.