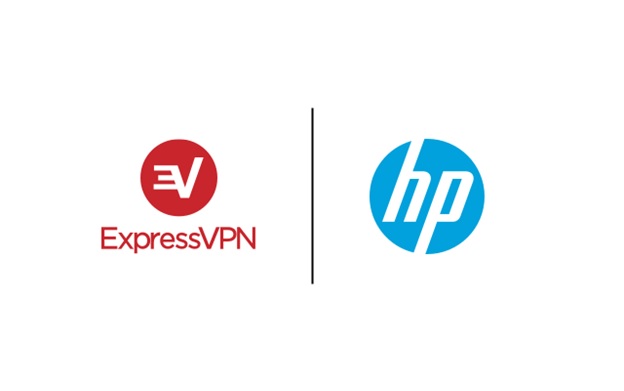 In this post, We will teach you how the HP and expressVPN partnership will benefit bitcoin users.

Here’s the truth; your personal data is out there and the bad guys want it. The rise in online data breaches has raised fear in consumers who are now skeptical of jumping into the wild wide web without protection.

A bunch of new and emerging cyber threats involving phishing, malware, artificial intelligence, and machine learning among others has placed the sensitive information of individuals, governments, and corporations at constant risk, especially those dealing with cryptocurrency trading, which is a very sensitive area that requires total privacy.

The information security industry continues to endure the lack of enough security experts and professionals and even predicts that cybercriminal damages are likely to rise to $6 Trillion by 2021.

So, what can consumers do to protect themselves? The answer is, use a VPN. A VPN will ensure that all your transactions are protected, especially when using public Wi-Fi networks such as those found in hotels and restaurants.

One company that has taken the privacy and security of its consumers seriously is HP Inc. After realizing that its customers connect to unsecured Wi-Fi networks without thinking of the consequences, this tech giant has decided to partner with ExpressVPN—A well-known VPN service provider to provide an extra line of security to some of its devices.

ExpressVPN recently announced its partnership with HP—a tech giant with the aim of helping HP laptop users stay private and safe online. Selected HP laptops, starting with the new Spectre x360 13 will come preinstalled with ExpressVPN’s software and users will get a 30-day trial period to assess if they like the VPN before opting for a longer plan. During this period, HP customers will have access to all the apps that come with ExpressVPN.

What the Partnership means to Bitcoin Users

Bitcoin traders who own the Spectre x360 13 laptop model stand to benefit a lot from the extra line of protection that will come with this laptop.

ExpressVPN has super-strong security that will help you combat many of the dangers that biotin traders face and help you save a significant amount of money by preventing cybercriminals from accessing your wallet. And, the fact that you automatically get the VPN when you buy the laptop makes it even more interesting.

You will no longer have to worry about accidentally compromising your bitcoin address to hackers or your IP address revealing your real identity and location.

What’s more, you will be able to trade your coins anywhere in the world since VPN helps unblock geo-locked websites; even blocked traders are able to access the sites using a VPN.

When looking for a VPN for your bitcoin trading, it’s important to consider a highly privacy-focused service provider like ExpressVPN that doesn’t store logs or reveal your IP address.

By using ExpressVPN, you will successfully encrypt and safely hide your IP address so that your actual physical address won’t be associated with your bitcoin address (which is not a good idea especially when you’ve made lots of money).

ExpressVPN is excellent for your bitcoin trading because of its high-speed servers that will ensure your transactions go through without any hitches.

Its security is on point too; thanks to the strict no-logs policy as well as the full OpenVPN support. Anonymous torrenting is available on all the 3,000 servers in just one click.

One thing that experts seem to agree on is that hackers are here to stay; in fact, as technology continues to grow so does the number of cybercrimes being recorded on a yearly basis.

The partnership between HP and ExpressVPN will help users, especially those in the bitcoin trading business to trade anonymously and securely.

Since you are your own bank and security, buying a laptop that has top-notch security details will save you from hackers who are waiting to take advantage of data leaks to steal from you.