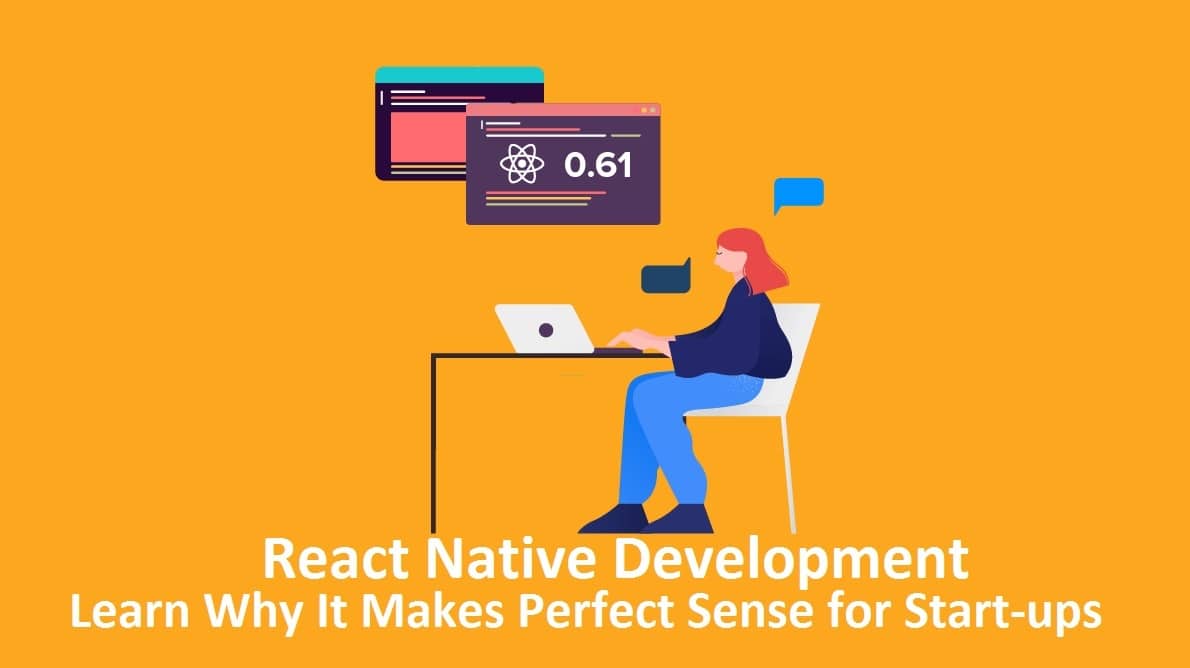 The programming languages used for front-end development are constantly evolving. With every passing day, start-ups are expanding the horizon by introducing new advanced technologies and business ideas.

As the businesses evolve, programmers need to stay abreast with the changes and provide solutions that help sustain growth and development.

Thus, programming languages are being fostered with advanced updates to reach a stage where they can cope with the latest trends and advancements in the world of technology.

JavaScript has undergone rapid growth through the addition of new libraries as well as a range of enhanced features over the last decade.

However, despite the regular JavaScript changes, the language that has offered a stable and calm harbour for developers in 2020 is React Native.

Start-ups as well as existing businesses have relied upon React JS development services as their main background programming language throughout 2020 and a number of reasons are responsible for it.

Let’s take a look at React JS and why it has garnered such great trust of users around the world.

React: What is it?

First developed by Jordan Walke from Facebook in 2011, the aim of the library was to help in the development of highly responsive as well as dynamic websites.

Businesses hire React JS developers as they can use React’s framework along with Native platform capabilities.

React represents the ‘V’ or the ‘View’ in the MVC model. JavaScript is used by it to build view components. Additionally, JSX is used in the React library to structure component syntax template.

The React JS project was made open source for everyone in 2013. Since then, React app development services have been adopted all over the world and appreciated for its resourcefulness.

React JS development companies are gaining popularity over the years as they allow business owners to create applications or websites that can completely transform data while the pages are being rendered.

Since JavaScript is supported by both Android as well as iOS platforms, only one set of code is sufficient for both platforms.

Thus, React helps developers save precious time during the process and allows business owners to launch their app sooner.

React Native is built upon React JS and is deemed better than the long standing favourite Angular JS as well.

While React Native and React JS stem from JavaScript itself, they have certain similarities and certain differences between them.

These components enable it to build a mobile application that has native look and feel. React JS, on the other hand, is an open source JavaScript library that can easily construct user interfaces.

Thus, in a nutshell, both React Native and React JS are developed by Facebook using the exact same design principles, except for the user interface designing.

The last decade has seen React evolve into one of the most popular frameworks in programming, leaving its contemporaries behind by miles. In the last couple of years, React has introduced and established React Hooks.

This is an extremely crucial change as it has a large role to play in deciding how developers build React Components in the years to come.

When they are dealing with internal component state, they require class-based components. The introduction of React Hooks, however, enables developers to organize everything as function components.

This eliminates the need for re-writing the entire components. React is can also introduce brand new patterns – for instance sharing logic between various components.

Concurrent Mode and suspense data fetching are some other great tools that have been introduced in React in the last couple of years.

As React has evolved immensely onward the last couple of years, it has its capabilities. It is sufficiently meeting all the requirements that are expected from any new age programming framework.

Dilemmas of a Start-up

At the start of a business, it is difficult to fathom the preferences of the target audience due to lack of data to back any assumptions. Therefore, a start-up needs to prepare for all scenarios and focus equally on Android and iOS app development. Hiring separate teams for app development for different platforms is not a viable option. React provides the nearest solution to all the problems that might arise in such a scenario.

It is no secret that any start-up wishes to conserve all their funds and utilize them judiciously at the start of any project to ensure minimal wastage. They look for solutions that provide maximum gains from spending minimum amount. Yet, they do not wish to compromise on the quality of the end product.

Initially, for any business, a lot of effort needs to be put in to build and stabilize the product. App development is the centre of this entire process and teams need to conserve time and effort in this sphere, to ensure the timelines are followed. A difficult product development leads to flouting the strict timelines.

While selecting a programming language for the development of the app, the paramount factor that needs to be addressed is the performance of the app. This is one thing that cannot be compromised on as it lays the foundation of a strong business.

Any start-up needs to look into various parameters while choosing the programming platform for its app. React framework has entered the arena with a long list of positive factors, which is why every new business prefers it over its counterparts.

Benefits of Preferring React Over Angular JS and Vue

Despite continued good performance of Angular JS and Vue, start-ups are still going in with React development services. A number of reasons can be attributed to this trend, like:

At present, a large proportion of no SQL database is organized through MongoDB. React is able to use the React JS environment to allow better convenience while conducting any database operations. React JS can organize as well as manipulate JSONs with little to no human interference. This is a simpler way as compared to that opted by other languages like Ruby on Rails that need convergence during intermittent stages.

Another extremely useful feature of React JS is that it makes a number of tools and services available to the developer that allows them to set-up proxy services. The React JS environment can offer various third-party resource exchange such as data collection, data processing, or data execution within the CDN. Therefore, React JS can provide proxy services in cases where no actual professional proxy set up is available.

SEO and marketing are very important for any new business set-up. Any service that aids them is regarded as extremely important for start-ups. JavaScript is known to be a very powerful tool for a front-end developer. React Native is very well compatible with the latest premium search engine features. React Native can effectively improve the ranking of a website. In fact, React has certain inbuilt features that offer excellent compatibility with the latest SEO algorithm features.

React is popular for offering a high level of flexibility to developers. For instance, when a developer uses MongoDB to develop no SQL database, there is a chance that a need for integrating the system with JQuery may arise. In such a situation, React JS makes the integration process extremely easy by offering web packages and resources. React JS is, therefore, essential for new age developers.

Open source resources have been given a major boost by the tech developers who come together on the internet and construct as well as enhance such platforms. The community of developers contribute advanced features and problem solving techniques to ensure bug fixing and ease of development for their counterparts. The JavaScript Package Manager (JPM) enables developers all over the world to use code functional blocks. These blocks are continuously tested to ensure robust and error-free development consistently.

React has a community of over a thousand active members who ensure that the React JS system runs smoothly and flawlessly.

The increased the use and adoption of cloud computing and other similar solutions by developers has created a need for the right developmental tools that can easily help post the note server for the development of any application. By providing various adept tools, React JS allows developers to bundle applications on Docker (CE and EE), Microsoft Azure and AWS.

Why Should Start-ups Go in for React Framework for their Application Development?

Now, the major question is why you should choose the React Framework! Let’s have a look at the factors in favor of this decision:

When starting a new business, money is of essence and saving it at every corner is the wise thing to do. Development of apps using React consumes significantly less time as compared to the time taken in development using other libraries. This can be reasoned by the implementation of boilerplates in React that facilitate code reuse and help save time as well as other resources.

React provides a long list of great features that help in the creation of apps that provide excellent user experience. React uses virtual DOM and server-side rendering to enable the creation of fast and high-performing apps.

The above factors are the main points that pull every start-up owner towards React Framework.

ReactJS is among the most promising and consequently, the most popular web and mobile app development technologies in the industry today.

As a start-up business owner, incorporating React JS in an app development plan will help the organization reap rich dividends in the form of a reliable tech stack and a cost-effective development process.

The hired React JS developer not only experiences agility and ease in the development process, but also gets the benefit of high efficiency and low cost during the process.

The workload is significantly less as well. The process is made even more exciting by the fact that there is no need to focus on both iOS and Android to create separate apps. This is why most start-ups are recommended React Framework for their first app development.